LA natives thenewno2 are an alternative rock band that formed in 2006, known for their superb musicianship, intricate compositions and incredible live performances - a must-see in today’s music scene. To date, thenewno2 has released two studio albums and two extended plays, and the band scored the 2013 film Beautiful Creatures.

In this all-new episode of Guitar Center Sessions on DIRECTV, Nic Harcourt sits down with the guys to talk about how they got their start, the inner workings of the band’s creative process, and what’s in store for the future of thenewno2. Plus, watch exclusive performances from their set at the world-famous Guitar Center Hollywood - featuring material from the Beautiful Creatures motion picture soundtrack, available now on iTunes. 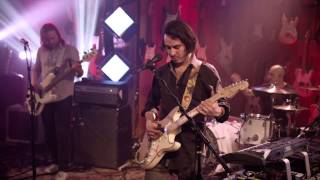 All the Time
Exclusive Video