In their 30-year history, Soundgarden have both pioneered the grunge genre and outlived it. From a 1987 debut EP on Sub Pop, through the chart-topping 1994 release of Superunknown and beyond, Chris Cornell, Kim Thayil, Ben Shepherd and Matt Cameron have been the minds behind some of the most enduring music ever to come out of Seattle. In that time, they’ve created a deep catalog that includes iconic songs such as “Rusty Cage” and “My Wave,” as well as the Grammy-winning “Spoonman” and “Black Hole Sun.”

In this all-new episode of Guitar Center Sessions on DIRECTV, Nic Harcourt sits down with Soundgarden to discuss their hits, history and the 20th anniversary of the landmark record, Superunknown. Plus, watch exclusive performances from their set in Austin, Texas. 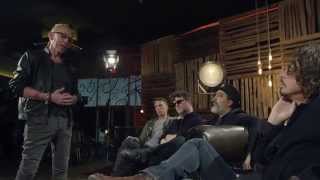