Having launched his solo career in music more than a decade ago, singer-songwriter Aloe Blacc released his first LP, Shine Though, in 2006. In 2010, Blacc’s sophomore release, Good Things, achieved major commercial success throughout Europe and Australia, peaking at No. 2 on the U.K. Singles Chart. His latest album, Lift Your Spirit, features the hit song, “The Man,” which charted at No. 8 on the Billboard Hot 100.

In this all-new episode of Guitar Center Sessions on DIRECTV, Nic Harcourt sits down with Blacc to talk about his rich, diverse background, his unique voice and songwriting process, as well as what’s in store for Blacc’s future. Plus, watch exclusive performances from his set at the world-famous Guitar Center Hollywood—featuring material from Lift Your Spirit, available now on iTunes. 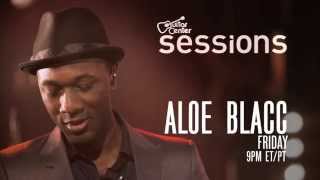