Since forming in 2007, New Jersey natives The Gaslight Anthem have built upon the foundation of American punk rock, crafting their unique blend of pure pop, arena rock, bar room blues and folk. Their fifth studio album, Get Hurt, charted on the Billboard 200.

In this all-new episode of Guitar Center Sessions on DIRECTV, Nic Harcourt sits down with The Gaslight Anthem to talk about the band’s history, their creative process, how they’ve built a career and what’s in store for the band’s future. Plus, watch exclusive performances from their set at the world-famous Guitar Center Hollywood - featuring material from Get Hurt, available now on iTunes. 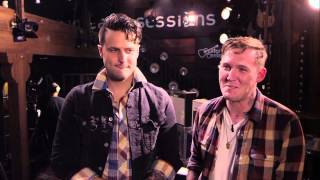