American folk rockers Dawes offer a sound that is reminiscent of the folk music of the 1960s and '70s, albeit infused with a fresh, energetic and modern feel. The band has toured extensively, having opened for such artists as Bob Dylan and Jackson Brown, and released three studio albums-North Hills, Nothing is Wrong, and their latest, Stories Don’t End.

In this all-new episode of Guitar Center Sessions on DIRECTV, Nic Harcourt sits down with Dawes to talk about how the band came together, share stories from their extensive time on the road, and delve into the group's creative process. Plus, watch exclusive performances from Dawes'set at the world-famous Guitar Center Hollywood-featuring material from all three albums, available now on iTunes.

From the Right Angle
Exclusive Video 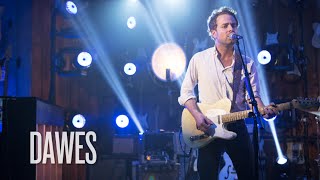 When My Time Comes 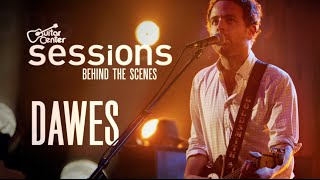 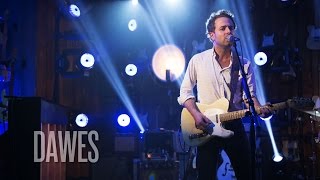 A Little Bit of Everything
‹ ›