Scottish synthpop rockers Chvrches have had a rather fast rise to fame, having just formed in 2011, yet already played international festivals and toured the late-night circuit, including Jimmy Kimmel Live! and The Tonight Show Starring Jimmy Fallon. Their debut full-length album, The Bones of What You Believe, was released in 2013.

In this all-new episode of Guitar Center Sessions on DIRECTV, Nic Harcourt sits down with Chvrches to talk about the band's Glasgow roots, their synthpop creative process, what the future holds for the group. Plus, watch exclusive performances from Chvrches' set at the world-famous Guitar Center Hollywood, featuring material from their latest release, available now on iTunes. 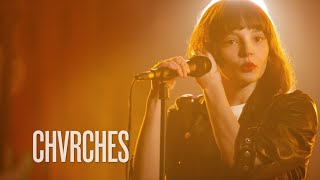 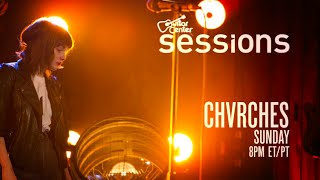